Our school is situated in the centre of the popular village of East Leake, close to the Nottinghamshire, Derbyshire and Leicestershire borders. The school is set in extensive grounds with two playgrounds and a large playing field. There is also a wildlife area with a pond which supports environmental work throughout school vegetable plots, maintained by children.

In 2018, a block of three additional classrooms was built to accommodate our increasing pupil number.

However, East Leake’s first school was The John Bley Free School which was built in 1724 by a man called John Bley. It stood on the site of the old school building for 150 years before it was replaced by a board school.

Who was John Bley?

John Bley was born in East Leake in 1674. When he was 15 years old, he was sent to live with his uncle in London where he worked as an apprentice. Seven years later, he became a distiller and by 1703 he had a shop on Thames Street in London, where he lived for twenty years. It was in London that he became an extremely wealthy man. However, his family and friends still lived in East Leake. In 1718 he built a house on Main Street and in 1724 he paid for a school to be built on the site of the old building of Brookside School. When he went to school as a boy, he had to walk to Hoton which was four miles away. John Bley knew it was really important to go to school and so he wanted to provide a school for the children of East Leake.

How do we know about John Bley?

There are clues around the school and in the village. There is a plaque on the old school building and one on the old post office. You can also see John Bley’s tomb (surrounded by a fence) in St Mary’s churchyard and a board with information by the war memorial. There are other clues too… Bley Avenue was named in memory of John Bley. 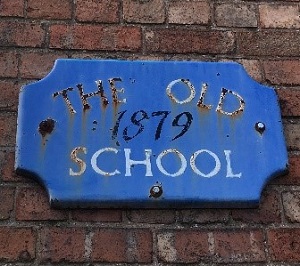 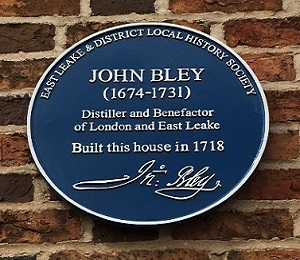